#matthiasjabs #scorpions #rockfileradio
Matthias Jabs (born October 25, 1955) is a German guitarist and songwriter. He is best known for being the lead guitarist in the hard rock band Scorpions. He has played on all Scorpions studio albums starting with Lovedrive (1979) to Return to Forever (2015). He has a music store, MJ Guitars, in Munich, Germany.

Posted by Scott Hamilton #Rockfile at 9:50 AM No comments: 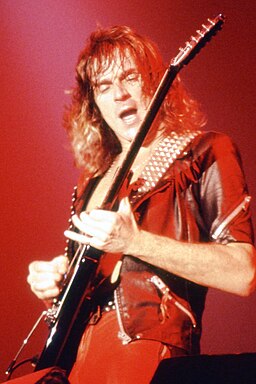 Tipton was born on 25 October 1947, in Blackheath, Staffordshire, to Olive and Doug Tipton. He attended Olive Hill Primary School when he was about five years old. His brother, Gary, was a guitar player for a local band called the Atlantics. Early on, Tipton was taught to play the piano by his mother.

Tipton learned to play guitar at age 19 with his first guitar being a Hofner acoustic guitar. He would then play on a Rickenbacker until he was able to afford a Fender Stratocaster. This guitar would become his main live guitar until it was stolen at a show. Tipton soon bought a black Stratocaster and, later, a Gibson SG afterwards with money he received to replace his old guitar. Both of these guitars can be seen when Judas Priest played on the Old Grey Whistle Test in 1975.

Tipton is known for his complex, classically influenced solos, and he has a unique guitar-playing technique. Many of his solos are very difficult to transcribe, and his playing is notable for his double lead guitar trades with fellow Judas Priest guitarist K.K. Downing. Tipton's solos have maintained a consistent style for most of his career, but he has continuously incorporated new techniques into his playing over the years as he has developed as a guitarist. The usual arrangement on Judas Priest songs feature riffs and leads by both Tipton and Downing. Starting with Judas Priest's fourth album, Stained Class, Tipton began to dominate the band's songwriting, especially on the more commercial tracks which almost exclusively featured his guitar leads. Following the release of their sixth album, British Steel, most songs in the live set lists were Tipton's. On the whole, his solos feature in almost 60% of Judas Priest's total catalog.

In contrast to Downing, Tipton's solos tend to feature a more melodic, legato blues rock sound, making use of harmonic minor scales, Aeolian mode, pentatonic scales, and techniques such as sweep-picking arpeggios, legato picking, tremolo/alternate picking, hammer-ons, and pull-offs; moreover, the solos often showcase both accuracy and aggression. However, like Downing, his playing sometimes emphasizes speed rather than precision, and Tipton has been known to occasionally use pinch harmonics and dive bombs in his solos (for example, on Invader). Tipton also has a trademark 2-strings bend/whammy dive scream for ending the solo, as evident in solos like All Guns Blazing, Heavy Metal, Demonizer, Bullet Train, and Ram It Down. In 1978, Tipton began to incorporate tapping into his playing, which Downing promptly did as well. In the mid-1980s, both guitarists started to use the complex technique of sweep-picking, which can be notably heard on the title track of their 1990 album Painkiller. Both have continuously used these techniques ever since.

In 1997, Tipton released his solo album, Baptizm of Fire, featuring a host of well-known musicians including Billy Sheehan, Cozy Powell and Don Airey, among others where he showed his technical guitar playing abilities.

Posted by Scott Hamilton #Rockfile at 9:39 AM No comments: 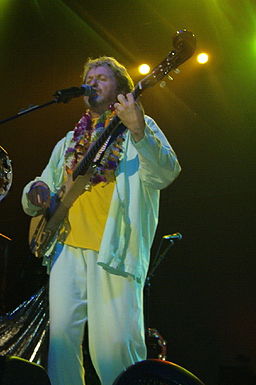 #jonanderson #yes #rockfileradio
John Roy Anderson (born 25 October 1944), known professionally as Jon Anderson, is an English singer, songwriter, and multi-instrumentalist best known as the lead singer of the progressive rock band Yes, which he co-founded in 1968 with bassist Chris Squire. He was a member of the band across three tenures between 1968 and 2008. Anderson is a current member of Yes Featuring Jon Anderson, Trevor Rabin, Rick Wakeman.

Anderson is also noted for his solo career and collaborations with other artists, including Vangelis as Jon and Vangelis, Roine Stolt as Anderson/Stolt, and Jean-Luc Ponty as AndersonPonty Band. He has also appeared on albums by King Crimson, Tangerine Dream, Iron Butterfly and Mike Oldfield.

Anderson released his first solo album, Olias of Sunhillow (1976), while still a member of Yes in 1976, and subsequently released 13 more albums as a solo artist. Anderson became an American citizen in 2009. In 2017, he was inducted into the Rock and Roll Hall of Fame as a member of Yes.

Posted by Scott Hamilton #Rockfile at 9:27 AM No comments: 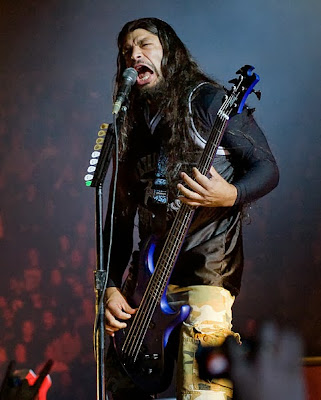 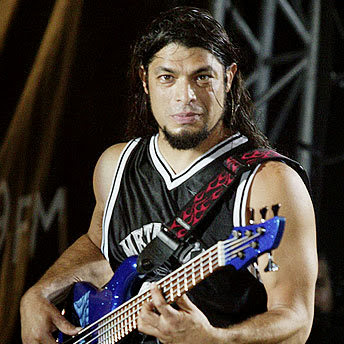 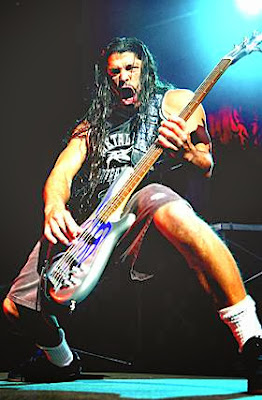 Posted by Scott Hamilton #Rockfile at 9:10 AM No comments: 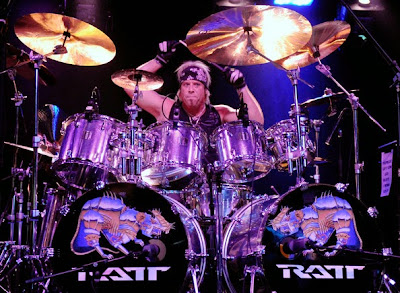 Blotzer began his career as Ratt's drummer in 1982 after he was recruited by Ratt vocalist Stephen Pearcy in place of Khurt Maier (Max Havoc, Salty Dog). Blotzer, along with bassist Tom Croucier, older brother of Juan Croucier, had previously played with noted Italian/Swiss guitarist Vic Vergeat, including a tour of the U.S. behind Vergeat's 1981 solo album Down to the Bone. Blotzer helped Ratt achieve multi-platinum success by selling five consecutive platinum albums during the 1980s. Ratt is most famous for their classic glam metal album Out of the Cellar and song "Round and Round". 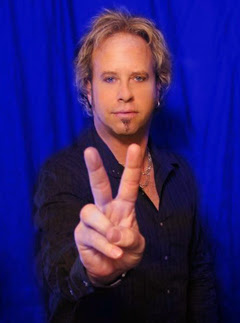 At the beginning of the 1990s Ratt's popularity waned as grunge bands such as Nirvana and Pearl Jam came into the mainstream and pop metal bands were no longer in vogue. Ratt called it quits in 1992, and Blotzer started a more normal life outside the public eye.

Five years later Ratt reformed and toured once again. In 2000 Stephen Pearcy apparently quit the group, and shortly thereafter Bobby had exhibited an extreme dislike for Pearcy, who had sued the band for continuing under the "Ratt" name and claimed the band ruined their worldwide deal with Sony. Blotzer heavily denied the claims and said they were a bunch of "pathologic lies", adding that Pearcy was a "sick person". Blotzer and Ratt guitarist Warren DeMartini subsequently won the court case to use the "Ratt" name. 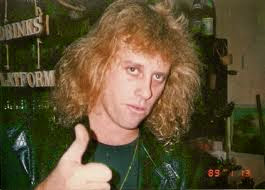 In 2002 former Ratt guitarist Robbin Crosby lost his battle with AIDS, which marked one of the most painful parts of Blotzer's life. Blotzer posted a message to his late bandmate affectionately referred to as "The King" by fans on the group's official web site and called Crosby "one of the most kind hearted, the most compassionate, intelligent, talented" people he had ever known. In 2007 Stephen Pearcy reunited with the group, thus putting an end to the tensions between the two.

In 2010 Blotzer released an auto-biographical book called Tales of A Ratt - Things You Shouldn't Know.

On September 2, 2012 it was announced Bobby would be joining Geoff Tate's lineup formed after his dismissal from Queensrÿche, but he left on January 25, 2013 to return playing with Ratt. 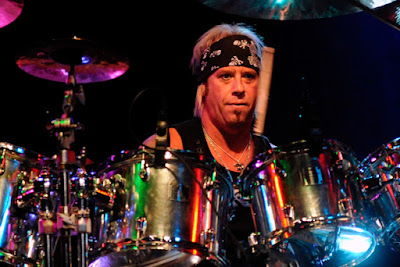 Posted by Scott Hamilton #Rockfile at 9:21 AM No comments:

it's all about the music.